These Are Two Covenants: Reconsidering Paul on the Mosaic Law Finding the inner logic of the apostle’s complex approach to the old covenant. 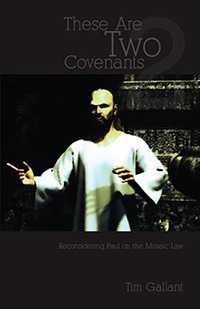 In this small book, Tim Gallant engages in careful rethinking of Paul's handling of the matter of the Mosaic law.

Keying on the central texts in Galatians and Romans, Gallant works with the logic and flow of Paul's arguments, rather than beginning with dogmatic questions. Without taking an uncritical stance toward recent development such as the New Perspective on Paul, nor offering a standard exposition of traditional exegetical approaches to Paul, Gallant helps unearth the inner logic of a variety of apparent tensions in Paul's reflections on the law.

The result is an intriguing re-presentation of Paul's salvation-historical hermeneutic.

About the author—Tim Gallant grew up as a preacher’s kid in Western Canada, where he fell in love with reading, writing and music creation. He graduated with honors from Mid-America Reformed Seminary in 2000. Along with pastoral and other leadership roles, Tim has written seven published books, spoken at numerous conferences and camps, and lives in the Nashville area with his wife Kristi and a horde of children. 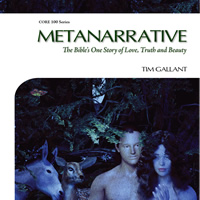 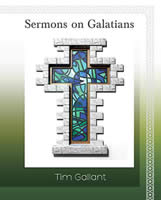